Arvind Kejriwal is a social service men & politician now, he is the Chief Minister of Delhi. He also a member of former Bureaucrat. From Dec 2013 to Jan 2014, he served as Delhi CM. After 49 days he went out of the party and established party called “Aam Aadmi Party“. Kejriwal has the national convener of AAP. In 2015 Delhi assembly elections, he won a majority of assembly seats obtained with 67 out of 70 seats. Aravind Kejriwal Education started in his own village and completed his graduation in IIT Kharagpur. After the completion of studies started working as a Joint Commissioner in Indian Revenue Service of the IT Department (Income Tax) in New Delhi. He started a campaign against the corruption for that he awarded the Ramon Magsaysay Award in 2006. He got that award for the excellent leadership qualities and more involvement in the movement of “Parivartan” against the corruption.

In the same year, he resigned from Indian Revenue Service (IRS) and with the award money, he started a Non-government organization (NGO) named as, Public Cause Research Foundation. Arvind Kejriwal family members also interested in social service. 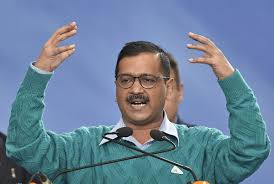 Does Kejriwal Smoke? : No

In a single attempt, he clearethe d civil services exam with good rank.

He worked with Mother Teresa and also involved in social issues.

To do full-time social service, he resigned his IRS job.

To bring the Jan Lokpal Bill, Arvind is the main person to bring the bill.

Till now he has no corruption charges, he wants to see India has an Anti-Corruption country.