Balkampet Yellamma Temple is the 15th-century old temple of Hyderabad, Telangana State. It is one of the many popular temples in India. This Yellamma temple is located among the developing outskirts of the Hyderabad, Balkampet. In particular, the temple is crowded with devotees on Tuesdays and Sundays. The Balkampet Temple is most famous for the celebrations of Bonalu Jathara where Bonalu is the most prominent festival in addition to Ramzan. Get the list of Hyderabad Temples from here. 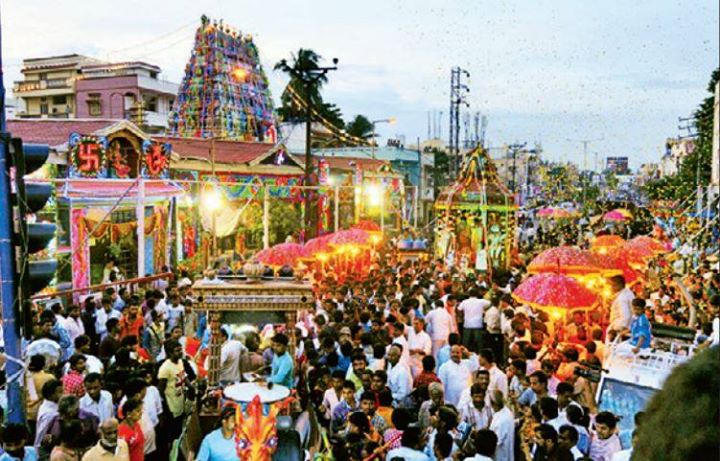 In Balkampet Yellamma Temple, the deity Goddess Yellamma is worshiped. The word “Yellamma” means “mother of Universe”, thus Jaggadamba is the alternate name to this Goddess. She’s also believed to the same representation of Goddess Renuka by few legends, so this temple is also known as Renuka Yellamma Temple. The state is famous for Festivals. Get the List of Telangana Festivals and Jatharas from here.

The story says Raja Renuka’s daughter, Renuka married to the son of Satyawati, Jamdani and had 5 sons, Parashurama was one of them. One day, Renuka forgot to do one of her regular household duties and this angered Jamadugni. She asked to flee and the saints advised Renuka as part of her penance to perform pujas for Shivalinga and feed few Brahmins.

Yet, Jamdani remained extremely anger and ordered that his sons punish their mother. All of the sons except Parshurama refused. Jamadugni burnt all his sons except Parshurama into ashes. Parashurama was in search for his mother with an axe who was hiding in a village. He beheaded her when he found her and also the poor woman who helped in hiding her was also beheaded by Parshurama.

Jamadugni was happy by his son’s obedience and granted him a blessing. Parashurama asked to bring back the lives of his mother, his brothers and the woman of the village. But in the restoration process, the head of Renuka restored on the village woman’s head and vice versa. Jamadugni accepted the lady with Renuka’s body and the other form came to knows as Yellamma, meaning mother to all. From then, she was worshipped by all people of Telangana.

The Balkampet Yellamma Temple is one of the ancient temples of Hyderabad. The Devasthanam of this popular temple was first built in 15th Century, AD. In the early 20th century AD, the temple took its present form. 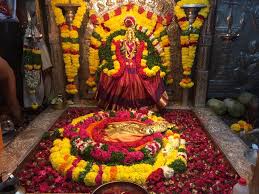 Interestingly, the Shrine of the Goddess lies 10 ft. Deeper than the ground level and also a well is located in the temple complex and the devotees believe that the water is the cure to all the illness and diseases. This Holy water named as “Theertham”. An Akhand Jyothi, which lit at the renovation of the temple, is present in the temple. Various other Goddesses like Sri Pochamma, Rajarajeshwari, Ganesha, and Nagadevta are present in the temple.