About Election Commission of India:

The Election Commission of India mostly known as ECI is a constitutional body which is responsible for conducting and managing elections in India in accordance with the regulations and rules mentioned in the Indian Constitution.

It has the most critical challenge of implementing the Model Code of Conduct and norms to assure fair and free elections in the Nation. By history, its existence and functioning have shown that the elections are not free from wrecking. So, developed to look after candidates and political parties and take immediate action in the case of violations of rules.

The Secretariat of the Commission is situated in New Delhi and has 300 officials. The Director Generals and Deputy Election Commissioners are the higher authority officers in the secretariat.

The Indian President selects and appoints the Chief Election Commissioner of India, who works for 6 years and should retire at the age of 65. The elected Commissioner is mostly a Civil Services member and more often, of the IRS (Indian Revenue Services) or the IAS (Indian Administrative Services). Commissioner is removed from his position through the impeachment process, which is to be carried out in the Parliament. On the Chief Election Commissioner’s recommendation, the President of India can remove other officers from their positions.

Powers and Functions of ECI (Election Commission of India):

Some of the powers which are put in the hold and used by the Election Commission: 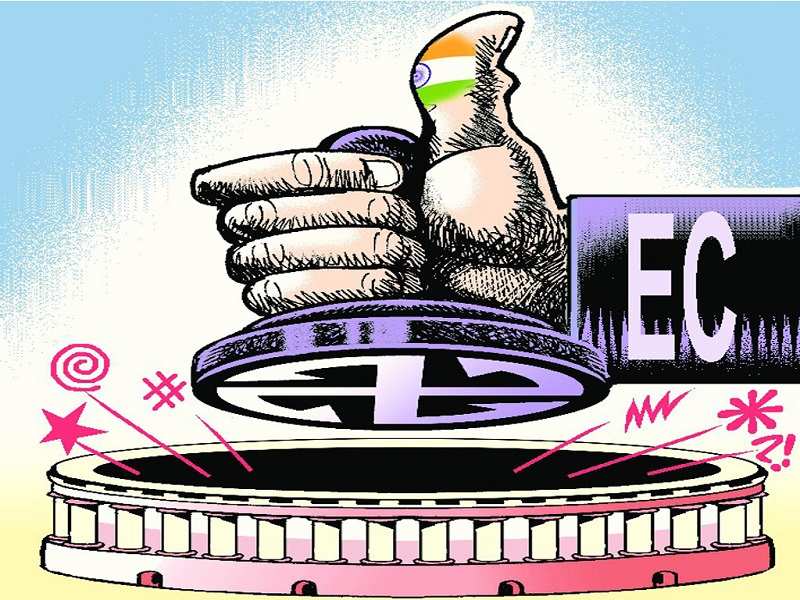 The ECI has taken numerous steps to bring various reforms and improvements in the election procedure. Some of them are mentioned below:

Budget and Expenses of Election Commission of India:

The Union Finance Ministry and the Election Commission of India conclude the budget for the Secretariat which is legally answerable for the independent budget.     Generally, the Ministry of Finance supports the recommendations of the Election Commission. The Union Government bears the entire expenses of the Lok Sabha (parliamentary) elections but the concerned states and Union Territories have to manage the elections expenses being held. If both assembly elections and the parliamentary elections are at the same time, the budget equally shared among the concerned states and the Union Government.

How to search for a name in Voters List & what is part number of electoral roll :