Vijay Sai Devarakonda, commonly known as Vijay Devarakonda is a famous Indian Film Actor from Telangana state. Almost he did his all movies in the Telugu language. He started his film career as a supporting role in “Nuvvila” movie directed by Ravi Babu, but he got breakthrough with his acting performance in “Yevade Sudramanyam” Movie. Get to know the Vijay Devarakonda New Movies list as well as Vijay Deverakonda Upcoming Movies list from here.

Vijay’s father is an Ad filmmaker and TV serial director and also acted in few TV shows. After the completion of Vijay Devarakonda schooling, he came to Hyderabad and did his bachelor degree. In the time of education, he is passionate about acting and also joined in the theater to learn the acting skills.

Deverakonda Vijay started his film career with few short films. Before he joined in Sutradhar Theatre group as well as did the workshop for 4 months. He worked a long time with Ingenium Dramatic and then entered into cinema industry.

Deverakonda debuted as a hero with Pellichupulu movie and also got a huge success in his film career, this film is a romantic and also comical entertainer directed by Dhaasyam Tharun Bhasker from Warangal. In the 64 National film awards, the film won the Best Featured film in Telugu. Vijay nominated for IIFA as well as Filmfare awards as a Best Actor category for Pelli Chupulu movie. You can check the Vijay Deverakonda Latest Movies list and his Movie Reviews in IdleBrain, Greatandhra, Gulte, and also many more websites. 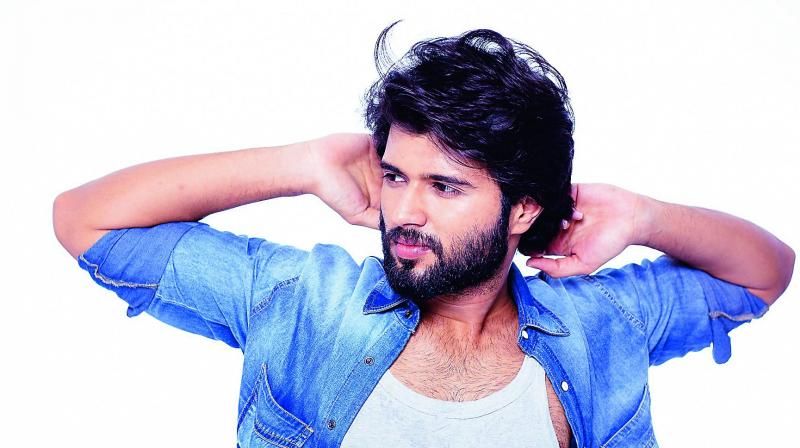 Later he got a breakthrough in 2017 with Arjun Reddy movie Directed by Sandeep Reddy Vanda from Warangal, Telangana. In this movie, Vijaya Devarakonda played a Realistic role as the Medical student in a college who suffers from anger management. The film received a fabulous response from the audience and also got a great success in the Telugu Film Industry.

Present, Vijay is working for legendary actress Savithri Life story’s Biopic movie named as ‘Mahanati‘ directing by Nag Ashwin and also producing by Swapna cinema and also Vyjayanthi movies. He is acting as a journalist along with actress famous south Indian actress Samantha.

Tollywood New Star Actor Vijay Sai Deverakonda announced his new production with the name “King of the Hill” during the pre-release event of NOTA movie. He started the production house to encourage the new talents in Telugu Industry. He will announce the latest updates regarding his production house soon. The Vijay’s production house and also Gnavelraja production house combined and did NOTA movie. The people attracted by the way of doing promotions for his own movies. You can follow the Vijay Devarakonda Interviews on YouTube.

Know the Telugu movies list of Vijay acted in Tollywood. He completed 10 movies in his acting career with an amazing hit of Geetha Goviundham movie in Tollywood Box Office. Get the list of Vijay Acted movies from here.